Concussions: Know the signs and symptoms 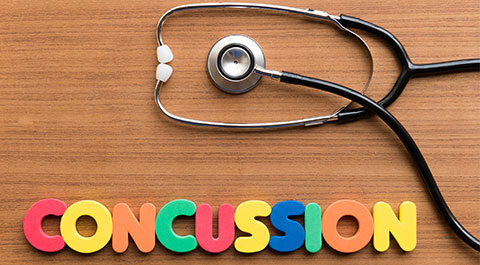 Would you know if your child had suffered a concussion?

The Centers for Disease Control and Prevention estimates that 1.6 to 3.8 million concussions occur each year, and that 5-10 percent of athletes will experience a concussion during any given sport season.

Yet, many parents with active kids do not know the signs and symptoms of a concussion or when one could happen.

Kids often become involved in a wide variety of games, including soccer or lacrosse, two of the many contact sports that make them vulnerable to injuries and concussions.

Additionally, even when a child is involved in a recreational sport such as bicycle riding, skateboarding or rollerblading, he or she could be at risk for concussions.

"If your son or daughter has signs or symptoms of a concussion - including, but not limited to, an injury with a subsequent headache, feeling like he or she is in a fog, dizziness or confusion - the child should immediately be pulled from the sport and evaluated by a healthcare professional," says Dr. Matthew Fazekas, a pediatric sports medicine specialist and a member of the team of physicians at the new Joe DiMaggio Children’s Hospital Concussion Clinic.

About the Concussion Clinic

In 2016, Joe DiMaggio Children’s Hospital opened the doors to its Concussion Clinic, led by a world-class team of physicians who are board certified in sports medicine, pediatric neurology, pediatric physical medicine and rehabilitation, and pediatric neuropsychology, as well as a team of certified vestibular therapists.

"The concussion clinic is set up as a one-stop shop where patients will go through a full neurological examination. They may undergo neurocognitive testing, and start a process of return-to-learning and return-to-sports, as directed by the physician," says Dr. Fazekas.

It is the multidisciplinary effort of many JDCH specialists who work together.

In addition to Dr. Fazekas, these include Dr. Diana Martínez, medical director of the Division of Pediatric Neurology; Dr. Virmarie Quiñones-Pagán, a pediatric rehabilitation specialist; and Dr. Christina M. Zafiris, a psychologist.

In this video, Matthew Fazekas discusses the typical symptoms of a concussion: 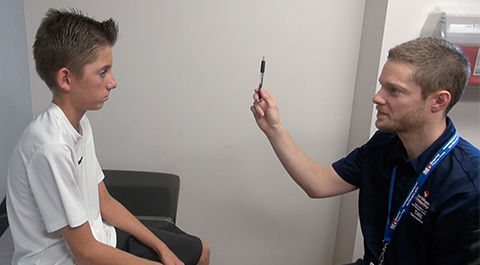 When Cameron collided with a classmate during a game of flag football and hit his head, he knew immediately something was wrong. 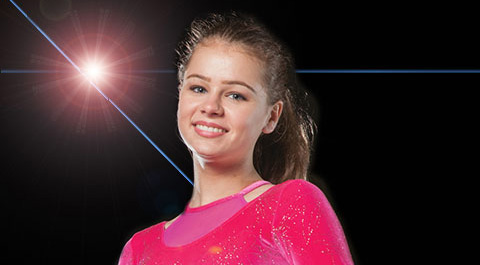 The experts at U18 discovered that Emma had developed an injury caused by high-impact movements that she repeated on the ice.