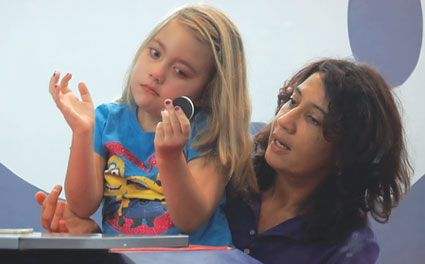 Our world turned upside down on April 22, 2014. What was to be a routine visit to the eye doctor turned out to be an emergency visit to Joe DiMaggio Children’s Hospital’s Emergency Room in Hollywood. Our 6-year-old daughter, Gracie, had to have an MRI.

When our ophthalmologist, Dr. Mark Dorfman, did a retina scan on Gracie’s eyes, he determined that her optic nerves were severely inflamed, which indicated that there was pressure in the brain. Rather than waiting on a referral, or approval from physicians and insurance companies, Dr. Dorfman urged us to go to the ER immediately. Needless to say, we did.

Gracie was sedated for her first of many MRIs. Later in the evening, as we were waiting for our daughter to wake up from the anesthesia, Dr. Michael Weiss, the ER physician, came to see us. I could tell that what he was about to say wasn’t going to be easy for him. The words, “there’s a mass in the back of Gracie’s head,” is all I heard before I nearly fainted. My husband, Brent, stoically listened to what came next. Gracie was going to have to have emergency surgery to remove the mass.

We were admitted into the ICU, where we met Dr. Dean Hertzler, who would be Gracie’s neurosurgeon. As he showed us images from Gracie’s MRI, we listened to every word he said. She was going to be different after surgery. Dr. Hertzler prepared us for what was to come.

After the 8 ½-hour surgery, 98 percent of Gracie’s tumor was removed, and more importantly, it was benign. Her diagnosis was juvenile pilocytic astrocytoma, Grade I. She would need extensive rehabilitation. Post surgery, Gracie was swollen. She couldn’t talk, walk or eat, but she was here. We were elated.

After spending 10 days in the intensive care unit, we were moved to Pediatric Rehabilitation. This would be our new normal for the next 32 days. The physical therapist, occupational therapist and speech therapist were instrumental in bringing Gracie back. No matter what Gracie was asked to do in all of her therapy sessions, she would do it. She was even nominated “Hero of the Month” by the rehab staff for all of her hard work and dedication.

We never thought the day would come, but it finally did; Gracie was released from the hospital June 4, 2014. We would continue outpatient therapy and this would be our new normal for the unforeseeable future. At first we went to the rehab center in Hollywood because that’s where we lived. It was there that we met Karen Schiff, Director of Rehab Services at Joe DiMaggio Children’s Hospital. Schiff helped us during a very crucial time in our lives and helped us assimilate to this whole process of outpatient therapy.

Now we have come full circle with outpatient therapy, and have been given the “green light,” if you will, by Dr. Virmarie Quinones-Pagan, Pediatric Rehabilitation specialist at Joe DiMaggio Hospital, to forgo therapy, as long as work is done at home to maintain strength and core balance.

It’s hard to believe after all this time, but it’s now time for Gracie to take a break and try to be a regular kid again. Her health has improved so much, that all of her doctors — the neurosurgeon, the ophthalmologist, and the pediatric neurologist — have now agreed to annual visits. Although our “new normal,” isn’t what anyone would ask for, it’s changed our perspective on life in so many ways. Every little milestone Gracie accomplishes reminds us that life is good. 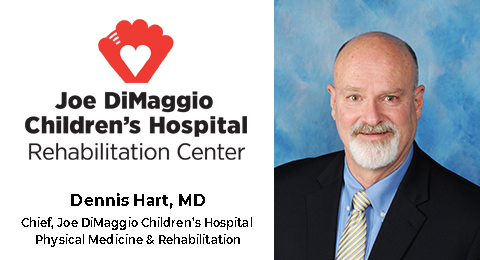 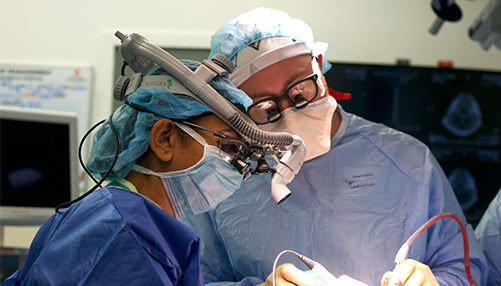 A new surgical epilepsy program at Joe DiMaggio Children's Hospital successfully performed its first pediatric surgery aimed at stopping seizures in children with epilepsy. The newly established pediatric epilepsy surgical program at the hospital’s Neuroscience Center is the first of its kind in Broward and Palm Beach counties. 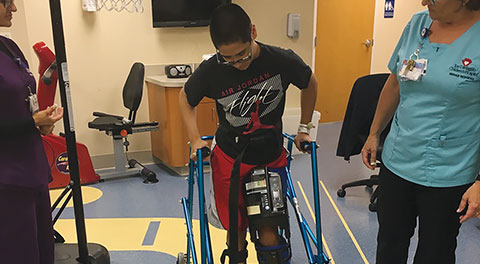 Owen had difficulty walking after spinal cord surgery because of a change in his legs' sensation and strength.