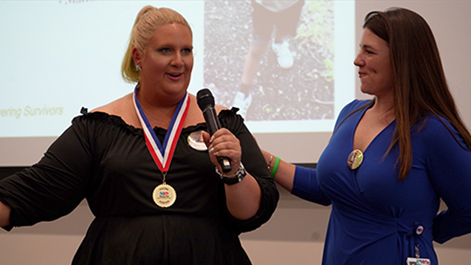 When she was just 16 years old, Megan Hobson, was an innocent bystander who was shot multiple times during a drive by shooting. Today, she is 26 and is a national advocate for victims of gun violence. On May 19, in honor of Trauma Awareness Month, Megan, was joined by a group of trauma survivors who returned to Memorial Regional Hospital and Joe DiMaggio Children’s Hospital to share their stories and reunite with trauma teams and rescue workers who helped save their lives.

“We try to gather as many trauma patients, their families, medical staff and EMS as possible on this day, to remind us why we’re here,” said Niqui Kiffin, MD, Chief of General Surgery, Trauma Surgeon, Memorial Regional Hospital. “The trauma team is honored to have our patients return and share their journeys to recovery.”

Twenty trauma patients who suffered from a variety of severe injuries including car, motorcycle, boat and plane crashes, gunshot wounds, sports injuries, crush injuries, and more, joined the celebration of life and survival. Among the survivors:

Sharen Blackett, 31, a passenger in a severe car crash who sustained an arterial bleed and leg fracture. She survived because a Florida Highway Patrol officer and EMS placed two lifesaving tourniquets at the scene to STOP THE BLEED. She is now a STOP THE BLEED ambassador and raises awareness for this life-saving program. 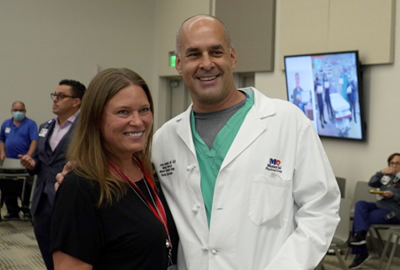 Megan Bishop, 35, was driving home when a plane fell from the sky and crashed into her vehicle killing her only son Taylor and injuring her. Megan is the only survivor of the plane crash outside of North Perry Airport and has gone on to start a nonprofit in honor of her son.

Dionny Baez, 43, was spearfishing when he was hit by a boat and was forced to swim back to shore after suffering multiple fractures, liver and diaphragm injuries. He received blood at scene by EMS and had immediate surgery and received more lifesaving blood in the trauma center.

Wilcox Family (Mom 34, Chris and Chloe 9-year-old twins), severe car crash in which they suffered pelvic fractures, brain injury and kidney injuries. They all required critical care and rehabilitation and are now back in school and doing well. 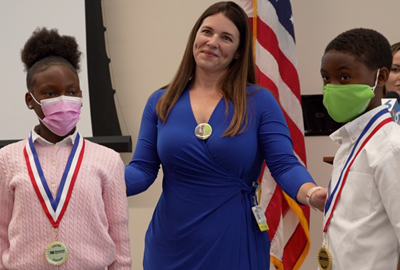 JaMariay Jackson, 18, injured in a car crash and sustained a brain injury. She spent her graduation in a coma and fought to recover.

Romolo Marchisoito, 63, injured when he was struck by a car while walking. He suffered fractures, an amputation and bladder injury.

Steward Stafford, 71, injured while riding his bike and he was struck by a car.

Memorial Regional Hospital is one of 10 Level 1 Trauma Centers statewide, treating the most serious, life-threatening injuries. It is the busiest Emergency Department in Broward County. Both Memorial Regional and Joe DiMaggio Children’s Hospital are nationally verified by the American College of Surgeons as Level 1 Adult and Level 2 Pediatric Trauma Centers - the first in Broward County to receive national designation. The dedicated State and Nationally Verified Level 1 trauma center and team sees over 3,800 trauma patients annually. 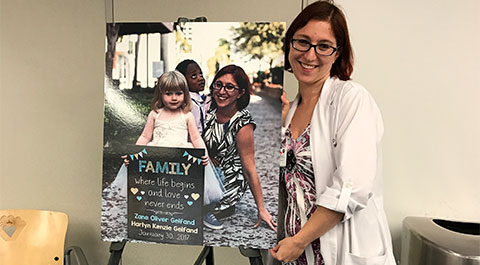