The Board of Commissioners of the South Broward Hospital District, which oversees the operations for Memorial Healthcare System, voted on a new millage rate during its September board meeting.

This is the ninth year in a row that the Board has voted to lower the overall millage rate for the District with 0.1260 resulting in the lowest rate in the history of the South Broward Hospital District. The 0.1260 millage rate represents a 10.92 percent decrease from last year’s rate of 0.1414. The resulting gross tax revenues are estimated to reach $7.8 million.

“The South Broward Hospital District Board of Commissioners has had a long-standing philosophy of driving down the tax burden on the community, while continuing to deliver outstanding care to our patients and improving the overall health of the population we serve,” said Aurelio M. Fernandez, III, President and CEO, Memorial Healthcare System.

After accounting for early payment discounts and a certain percentage of uncollectible taxes, the anticipated tax payments this year of $7.5 million will provide the District enough revenue to cover its governmental obligations, which include paying Broward County’s Medicaid Match program and community redevelopment agencies in several municipalities in south Broward County, as well as tax collector commissions and property appraiser fees.

The newly adopted millage rate will leave no net tax revenue to fund uncompensated care. The District will use operating income to cover all uncompensated care costs for the entire Memorial Healthcare System, including its six hospitals and its eight Memorial Primary Care clinics. In fiscal year 2020, uncompensated care is projected to exceed $1.1 billion.

This historic reduction comes at a time when Memorial Healthcare System continues to move health forward, seeking ways to better improve the overall health of the population it serves. In addition, it continues to train the doctors and nurses of the future, having welcomed its first class of physician residents through its Graduate Medical Education Program, and its first class of nurse residents.

In fall of 2018, Memorial’s hospitals scored across-the-board A grades in patient safety from The Leapfrog Group, the national healthcare nonprofit organization that rates nearly 2,500 hospitals across the country in safety. And in December, Leapfrog named Memorial Hospital West and Memorial Hospital Miramar among its 2018 Top Hospitals.

Memorial also remains one of only a handful of public hospitals in the nation to achieve AA, Aa3 financial ratings by Standard and Poor’s and Moody’s, respectively. 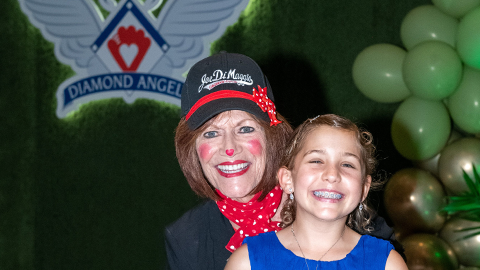 Diamond Angels hosts the annual fundraiser to support the hospital's mission: provide safe and high-quality, patient and family-centered care to all children and families, regardless of ability to pay. 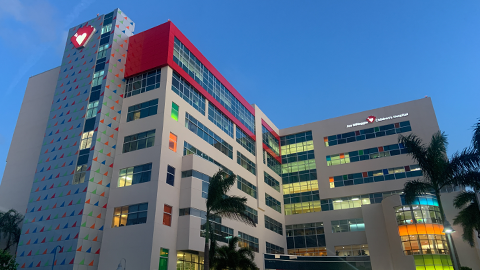 A Labor of Love on a Project With Heart 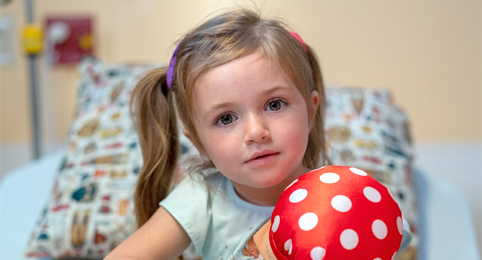 Diagnosed with neuroblastoma when she was just 10 months old, Kealy experienced many of her first moments at Joe DiMaggio Children’s Hospital.