Stepping Out To Stop Diabetes 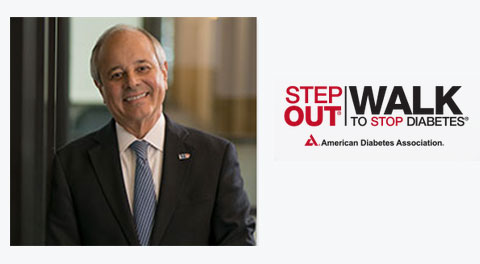 His employees will be right there behind him.

The South Florida American Diabetes Association named the healthcare system’s president and chief executive officer the chairman for this year’s walk being held on October 21 at Huizenga Park in downtown Fort Lauderdale.

Before anyone puts on their walking shoes, Fernandez and Memorial employees will be busy raising funds for the event designed to raise awareness of the disease that affects nearly 30 million Americans.

“Memorial is proud and committed to participate in this inspirational event,” Fernandez said. “We are determined to make a positive impact in the lives of those who are affected by diabetes.”

Once again, employee teams throughout the system are getting competitive with different ways of raising funds. Some of the efforts include raffles, a meet and greet with Fernandez, a music concert featuring physicians playing instruments, a chili cookoff at Memorial Hospital West and even Zumba classes at Memorial Hospital Miramar.

Sonia Angel, who leads the Diabetes & Nutrition Center at Memorial Regional Hospital, said Memorial’s participation in the event is an extension of the system’s commitment to fighting diabetes in South Florida.

“It’s a national health crisis and the fastest-growing disease in the United States,” she said.

Angel added that the crisis is especially pronounced in South Florida. There is a high incidence of diabetes in South Florida, primarily because of the diversity in the community, where Hispanics and African Americans are among the ethnic groups with the highest risk for developing diabetes, she said.

Memorial Regional Hospital offers one of the few Diabetes Centers certified by the ADA that offers Diabetes Self-Management Education and Support classes and counseling.

Employee teams are encouraged to register for Step Out: Walk to Stop Diabetes 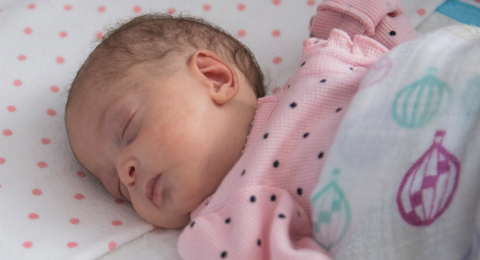 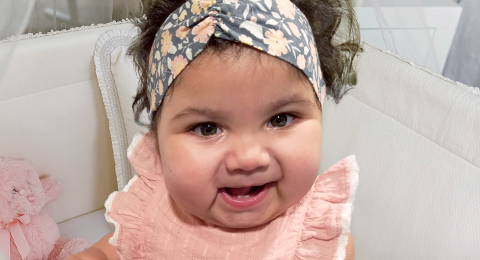 Isabelle was born with only half a heart and was not doing well. So her doctor and family reached out to Joe DiMaggio Children’s Hospital for help.