It all started 12 years ago, while she was employed as a recruiting manager for a large international law firm. She and her husband, Jose, are the parents of three energetic boys. One of her kids suffers from epilepsy and on October 23, 2004, his seizures would get the best of him.

“We had to call rescue,” says Sandra. “They took him to [Memorial’s] Pediatric Intensive Care Unit (PICU) where he would be placed in a medically induced coma to get him out of status epilepticus. It’s an intense event for a parent with no medical knowledge or background to witness, but it was also enlightening to see a world I wasn’t familiar with. I saw the care our son received and, being in the parent role, realized that what we were doing in life professionally was not as significant. A couple of years after that initial experience, we decided to change the direction of our professional lives.”

The couple mapped out a five-year plan to create a life of new meaning and purpose: Sandra would become a nurse and Jose, then an IT professional for the legal industry, would become a firefighter/paramedic and spokesperson at Miramar Fire-Rescue.

The transition was extremely difficult; the short-term sacrifices took a toll on the family in every way possible. Yet the Gregorisches pushed through the pain and met every long-term goal – all within the allotted time frame.

After Sandra graduated from nursing school at the top of her class, there was no question where she wanted to work.

“Because I had an experience with two babies in the NICU, plus experience at Memorial, that’s what drew me into the NICU world. That’s what I wanted to be able to do for other parents,” says Sandra.

Still on a mission to be the best she can be, Sandra expects to graduate with a BSN from Florida Atlantic University this December. She’s also in the process of applying to the Neonatal Practitioner Program, in hopes of continuing her growth at Joe DiMaggio’s NICU.

“I’ve been in the shoes that many of these moms are in now. I see their faces when they walk in, and I know what they’re feeling and thinking. I can empathize with them. I’m able to explain to them in a way that makes them feel better about their role as a parent and how they can be involved,” Sandra says.

Jose now works for the same department that answered the 9-1-1 emergency call for their son. He’s also become a social media maven, using the likes of Twitter, Facebook and podcasts to pioneer a partnership between Miramar Fire Rescue and Memorial Healthcare System.

“It’s humbling to work with the people who helped save our son’s life and unknowingly redirected us in a new professional direction” Jose says.

Sandra adds: “I originally saw Memorial as a special place as a parent. The care we received was very family centered. It’s so important, because it’s not just about the patient, but the family as a whole. Now we get to be a part of that for other families. This is the least we can do to repay them.” We have received the Top Hospital Award recognition three times in the last five years, which is widely acknowledged as one of the most competitive awards American hospitals can receive. 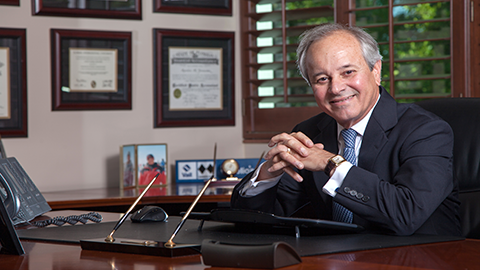 We've joined more than 2,000 organizations taking action to advance diversity, equity, and inclusion in the workplace. Top-performer in patient experience in both Consumer Assessment of Healthcare Providers & Systems and Outpatient Services across multiple years.