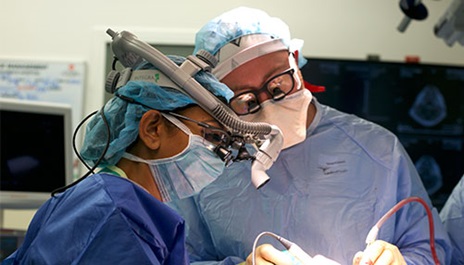 A new surgical epilepsy program at Joe DiMaggio Children's Hospital successfully performed its first pediatric surgery aimed at stopping seizures in children with epilepsy. The newly established pediatric epilepsy surgical program at the hospital’s Neuroscience Center is the first of its kind in Broward and Palm Beach counties.

The medical team performed the four-hour surgery on a 10-year-old Broward child who was suffering from epileptic seizures for the last three years. The child had been on multiple daily medications and still continued to have seizures, doctors explained.

During the June 17 procedure, surgeons began by placing electrodes directly on the child's brain. Neurologists and clinical technicians were inside the surgical suite and were able to monitor brain activities in real time.

“They were able to confirm that a lesion found in the child's left frontal lobe was causing the seizures,” said Dr. Daxa Patel, the pediatric neurosurgeon who led the surgery.

The surgeons safely removed the lesion without injuring the child's brain, speech or motor functions.

"This is significant to the South Florida community, because there is now an experienced pediatric epilepsy team that provides an effective and safe option for children with intractable epilepsy," said Dr. Seinfeld, a board-certified epileptologist.

In addition to Seinfeld and Patel, the team consists of two additional board certified pediatric epileptologists, two pediatric neurosurgeons, a neuropsychologist, a neuroradiologist, a neuropathologist and an electroencephalographic (EEG) technician. They will use advanced imaging tools and a robot that can assist during surgeries.

Putting together the medical experts and acquiring the latest in surgical and imaging technology was crucial in establishing the pediatric epilepsy surgical program.

"The program has three main components - physicians, staff and equipment," Patel said. "Now that we have all of these, we can offer a full spectrum of pediatric epilepsy care and provide children with a better quality of life.”

Epilepsy occurs when the electrical signals in the brain misfire, causing temporary miscommunication between nerve cells. An individual who experiences recurrent seizures is thought to have epilepsy.

Epilepsy can occur at any age, but most new diagnoses are in children.

According to the Centers for Disease Control, it’s estimated that approximately 470,000 children in the United States have the neurological condition. 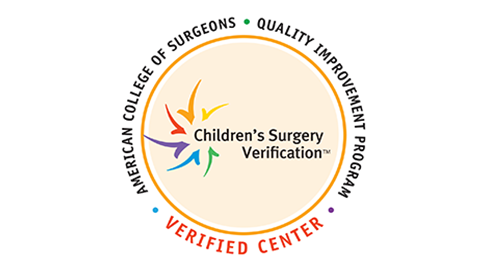 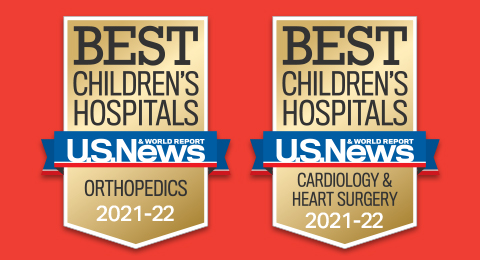 U.S. News & World Report named our facility among the top 50 children’s hospitals in the nation for orthopedics and cardiology and heart surgery. 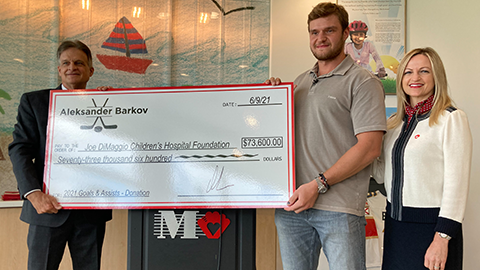