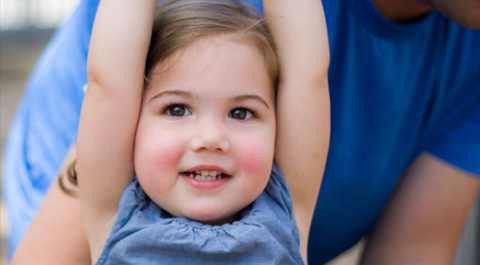 Memorial Cardiac and Vascular Institute and Joe DiMaggio Children’s Hospital physicians achieved an amazing accomplishment this year. They provided lifesaving care to 14-month-old Amelia with an innovative procedure that had never been performed on a child so young.

The toddler was rushed to Joe DiMaggio Children’s Hospital with an alarming problem: Her heart was beating at an accelerated 326 beats a minute. Amelia’s condition was life-threatening: Her particular arrhythmia – known as ventricular tachycardia – was not responding to medication. “Her chances of survival were very slim,” Amelia’s mother, Samantha, says. “Doctors at two other major children’s hospitals were consulted, and both provided no hope.”

Pediatric cardiologist Ming-Lon Young, MD, director of Pediatric Cardiac Electrophysiology, Joe DiMaggio Children’s Hospital, knew Amelia’s condition was serious, but he refused to give up. He assembled Memorial’s pediatric and adult cardiac teams to see if they could brainstorm a solution. The physicians included:

“We knew we had to perform a ventricular tachycardia ablation on Amelia, but our challenge was one of engineering,” Dr. Benhayon says. “How could we get an adult-sized catheter into a toddler’s tiny heart?”

The answer was a uniquely multidisciplinary approach. The teams decided to perform an ablation procedure called a mini-thoracotomy. Drs. Young, Benhayon and Cogan inserted a catheter into the tip of the heart and, using imaging techniques, navigated inside, mapping the precise location of the arrhythmia and safely eliminating it with radiofrequency. The groundbreaking procedure was a success.

“The doctors not only made history, they also opened a door for cardiologists around the world to save other children’s lives,” Amelia’s mom says. “I remember feeling that the surgical team’s joy was our joy.” 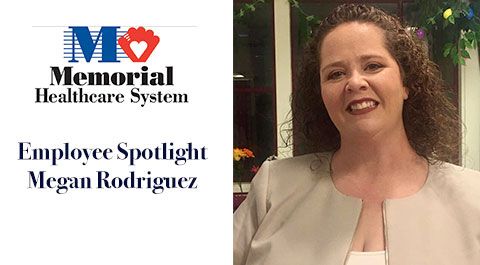 Megan Rodriguez, Coordinator for Pediatric Heart Transplants at Joe DiMaggio Children’s Hospital, thrives in a high-octane environment. She worked eight years at JoeD’s Emergency Department before transitioning to her current position, which is just as intense and challenging as any ER scenario. 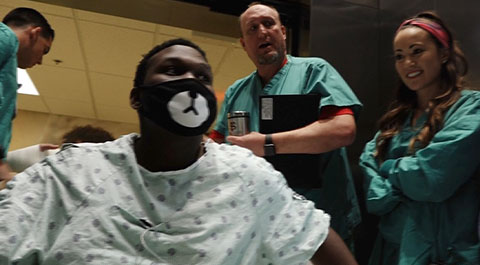