Dedicated to supporting healthcare for the children served by Joe DiMaggio Children's Hospital, the Foundation is the central agency through which charitable contributions are made. A volunteer Board of Directors, comprised of prominent business and community leaders and physicians, oversees all aspects of the Foundation's operations.

The Memorial Foundation and Joe DiMaggio Children's Hospital Foundation are grateful for the support of our generous donors. In our 2018 Annual Report, we show how philanthropy enables us to move health forward to better serve our patients and families.

Our Foundations Newsletter shares highlights of recent events, sponsorships and gifts that help us heal the body, mind and spirit of those we touch.

Our patients have the opportunity to participate in clinical trials. 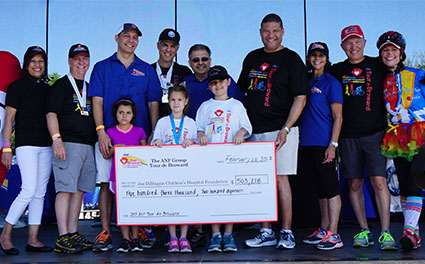